Group of Friends and supporters

Sara Burke is Senior Policy Analyst for Economic and Social Affairs at the Friedrich-Ebert-Stiftung New York office, the foundation´s liaison office to the United Nations, International Monetary Fund and World Bank. She also serves on the Steering Committee for the Union for Radical Political Economics, an interdisciplinary association, founded in 1968, devoted to the study, development and application of radical political economic analysis to social problems. She is also active in the Occupy Wall Street (OWS) Empowerment & Education Committee and is the point person on the OWS Labor Outreach Committee for global unions. Her professional work as an economic and social policy analyst focuses on the issues of international financial and monetary reform, inequality and sustainable development. She consults with governments and civil society in the context of multilateral organizations. She has a Masters Degree in Communication from Stanford University, a Bachelor of Arts from Reed College and has graduate coursework in economics at the New School for Social Research. 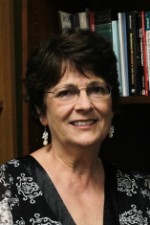 Jo Marie Griesgraber is the Executive Director of the New Rules for Global Finance Coalition, a Washington-based international network of activists and researchers concerned with reforms of the international financial architecture. Previously, Dr. Griesgraber was Director of Policy at Oxfam America where she supervised advocacy programs on international trade, humanitarian response, global funding for basic education and extractive industries. Before that, she directed the Rethinking Bretton Woods Project at the Center of Concern, a Jesuit related social justice research center, where she worked on reform of the World Bank, regional development banks and International Monetary Fund. She has taught political science at Georgetown University, Goucher College and American University, and was Deputy Director of the Washington Office on Latin America, a human rights lobby office. She chaired Jubilee 2000/USA's Executive Committee and edited, with Bernhard Gunter, the five volume Rethinking Bretton Woods series. Ms. Griesgraber received her Ph.D. in political science from Georgetown University and her B.A. in history from the University of Dayton, Ohio.